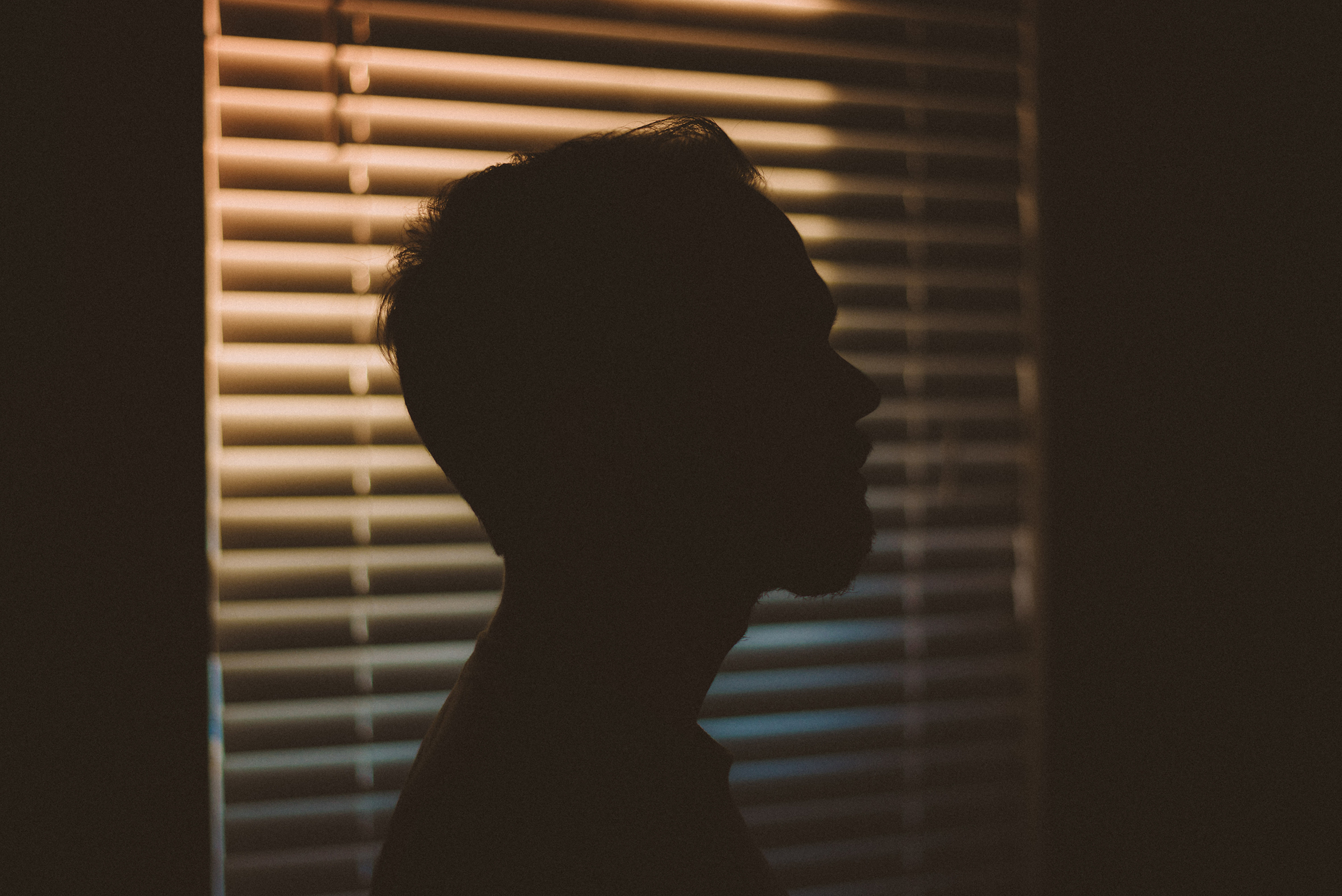 I am Ramo, I am 25 years old and I was born in Iran. I grew up in an Islamic family. But when I got older, I stopped believing in the God of Islam. When I was a teenager, there was some kind of program at school where 8 children from all cities in Iran were allowed to go to Mecca. I wanted to join so I started reading more in the Qur’an and wanted to learn more about God. I started to learn more and a number of things happened that made me stop believing as a Muslim. My mother is still a Muslim, my father sometimes, but my brother, sister and brother-in-law do not really believe in a God anymore.

In Iran I had everything: a house, a car, money. But there was also a void, I did’nt know what it was. At one point I went to Cyprus to do a master. I wasn’t a Muslim for a while. At that time I had a lot of contact with a friend from Germany. My mother had brought me in touch with him, when I began to ask many questions about God. I discussed my questions with him. I found out that he was a Christian, and I wanted to know more about that. There in Cyprus I went to church for the first time. A girl started to sing during the service. I did not understand the words, but the song remained in my heart.

I kept going to church there a lot, and when I went back to Iran it was a problem because I was involved in the Christian faith. In Iran, it’s a crime to be a Christian, so I had to get out of there. In fact, there are many people in Iran who are not Muslim and do not believe in God. But because there are so many, the government does not start to prosecute all of them. The Christians are not with so many, so they are being persecuted.

I traveled on foot to Turkey and from there to Athens. There I experienced the presence of the Holy Spirit for the first time. I was in transit to other parts of Europe when the person who took care of my whereabouts in Athens said that it was better for me not to go outside. If anything happened to me outside, they couldn’t do anything for me and I was alone. It felt like a prison. That period I spoke a lot with my Christian friend from Germany by phone. We talked about God and studied together in the Bible.

From Athens the plan was to go to Europe by plane. Something special happened at the airport. I had a fake passport and a ticket to the Netherlands. This was the 2nd time I tried to come to Europe. I came through all the gates, but when I was at the last check, the airline’s lady noticed that there was something wrong with my passport and she walked away to check it with a device. In the meantime, I called Jesus into my heart: “Please God, help me.” When she returned, she returned my passport and I was allowed to walk in. God had helped me.

I arrived in the Netherlands in December. Arnhem became my residence. Through my neighbor in the AZC I ended up at a Bible study in Wageningen. It was a Persian Bible study from the ICF there. A Dutch man named Gerson led these Bible studies. 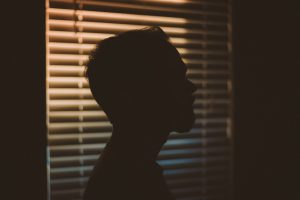 In that period God showed Himself to me in special ways. It was almost Christmas when I arrived, and I felt sad. This year I am in the Netherlands and people celebrate Christmas here. Everyone comes together with friends and family to celebrate it, but I had no friends or family in the neighborhood. Then I received an email. A couple had received my e-mail address through the ICF in Wageningen and invited me to eat at their home on Christmas Day. I was so surprised! That was an answer to my grief.

Just before Christmas, something else happened. I suffered a lot from my right foot. Walking from my bed to the toilet was very painful. The doctor did not know what it was and could not help me. To relieve my right foot, I walked a lot with my weight on my left foot, but because of that I also got problems with my left foot. Just before Christmas, I went to a Christmas event for Iranians in Ede. When everyone stood up to sing songs, I could not stand on my feet. I met Hamid (Elder in the ICF Utrecht), then I did not know him yet but he has prayed with me for a residence permit. I did not ask for prayer for my feet, because I thought that a residence permit was more important. To my surprise, my feet were better after prayer! I could stand again to sing for Jesus. God knew that that was important too.

And more special things happened. For example, I always had to travel with a group from Arnhem to Wageningen to be in Persian Bible studies. They were no studies in Arnhem. Sometimes the trip was paid by the ICF, but there were so many people and there could not be paid for everyone. We came from Arnhem with the three of us, but I did not want to take the money for the trip. My friends both got 16 euros. I wanted them to keep the money they had for me to spend on people who needed it more. So we got money for 2 people, we were sure of that. When we went to buy the tickets we were surprised. It was enough for 3 people! How could that be? I had to think about the story of Jesus and the 5 loaves and 2 fish. He shared the food and suddenly it was enough for thousands of people. God showed Himself to me.

In the meantime I was in the procedure to get a residence permit. I had my meeting with the IND and they told me that one month later I had to meet again, but had to move to Utrecht for now. All my friends were placed in Overvecht and I was the only one in Oog in Al. I asked God why?

I asked a family who had lived there for a while if they knew a church where they give Bible studies. They showed me on the map the way to the Mattheus church. I went there on Sunday. I arrived after ten, but the door was locked. I was surprised, in the Netherlands church services started at 10 o’clock anyway? I went back again and asked that family in the afternoon why there was no service. It was around 4:30 now and they were coming to church with me this time. We now saw light at the back entrance, so people had to be there! I heard people speak Persian and we walked inside. There I saw Hamid whom I had previously met at the Christmas event in Ede! We got into a conversation and I found out that there had been a Dutch service in the morning. God had then closed the door for me so that I could meet the people in the ICF in the afternoon.

I quickly got busy in Utrecht. I made new contacts and could take 3 months of lessons related to my studies. On May 7, these lessons were over and I became sad. I had all my friends there, and I asked God what I should do with my time now. Two days later I heard from my lawyer that I had received my residence permit. Now I knew why I had to have such a busy schedule the months before. I then complained to God, but He knew what was best. The entire run-up to the result of my residence permit was so busy that I was not worried about the results! God helped me more than my parents or friends had ever done. He gives and gives and forgives. People receive and receive and forget what God does for them.

God made it difficult for me, but in the end it worked well. Just before the 1st interview with the IND, I broke my thumb. The day of the conversation I felt so bad. She asked me a few questions but because my thumb was broken they would do the rest another time. I asked God why it had to happen. Friends said that delaying the process was not good for me. But if I had had the whole conversation then, without a broken thumb, I would get a negative. I know that for sure, I was not ready for it at the time. God has led it all so that I got a residence permit after the new meeting.

I don’t speak much about becoming a Christian with my family in Iran. My father and sister know, my mother doesn’t. We are so far apart and I cant explain it properly. Maybe it would hit them if they would see it up close. They know the fruits of Islam. I wish they would also see the fruits of Christianity.

They actually do not really know what Islam is about. They read the Qur’an in Arabic, while they don’t speak Arabic. They don’t read a Persian translation and don’t understand the words. I hope that they will ask questions through the Qur’an, read the Bible and see Jesus.

It is hard to know that I can never return to my country and my family. But I can handle it because I have God, and He is my Father. I have a lot of friends and family across Europe, the only country where I did not know anyone was the Netherlands. Yet God brought me here. In Wageningen I met Jan and now I call him my Dutch grandfather. God says in the Bible; if you lose your house, family or friends, I give you more in return. Now I have family, many friends and contacts here, perhaps more people who come from here. It shows me that what God says in the Bible is true.

I never thought I would get to know God and my life should run like that. But when I look back, God has opened my eyes and led me to a blessed path. He gave calm and positive energy that I did not have before. When I had everything: a house, a car, money, I actually had nothing because I did not have God. Now that I have nothing: no house, no car, no money, I have everything because I have God.